I'm excited to reveal the cover for my upcoming New Adult novel "Breathless". It's the first book of Jesse and will be released by the end of May. Excited to hear what you think about the cover :) Eve 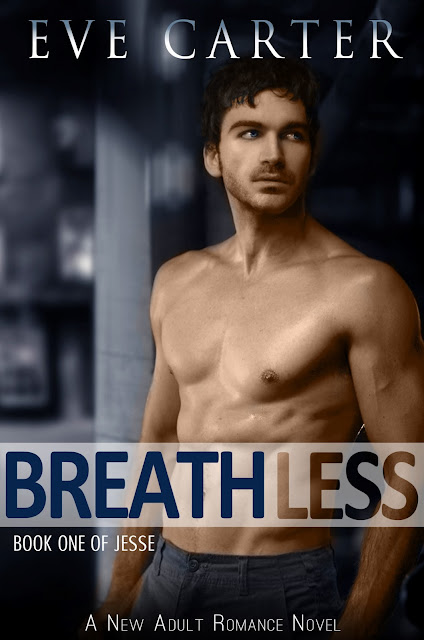 In Santa Monica, Jesse meets the one woman who can lead him back on the right path, the beautiful 22 year old, Niki Milani. Only problem, she is not interested. Niki has her own demons to fight. A past that left her emotional abandoned by her own blood, her father. She keeps her heart guarded and finds it difficult to trust a man again. Especially not a bad boy player who is even more messed up than her. However, Jesse never backs down from a challenge. Blinded by a sizzling attraction, he is determined to prove to Niki that there is more to him than what appears on the surface. That he is the one who can heal her heart.

The story of Jesse and Niki is a New Adult Romance that will leave you breathless.
Posted by Unknown at 8:35 AM